You know how sometimes you discover something that’s actually public knowledge, but you feel like it’s too good to be true so you don’t tell anyone because you feel like if someone else finds out they’re going to be like, oh yeah, that’s a mistake, sorry about that. That’s how I feel about realizing that all of the back issues of the French fashion magazine L’Officiel are online and searchable. I have a Dior suit that I’ve been trying to date and/or authenticate (hint: it’s f’**kng amazing) so I thought I’d check out the Vintage Fashion Guild forums and from there I found my way here, to the visual archives. Every single page, scanned and read, from 1921 to present. I didn’t find my suit, but I came pretty close.

One interesting byproduct of this discovery (aside from eating up a great deal of time) is realizing just how long it took for a look or trend to take hold from the time it was introduced in Paris to when American women started embracing the look. Take this Jacques Fath suit: 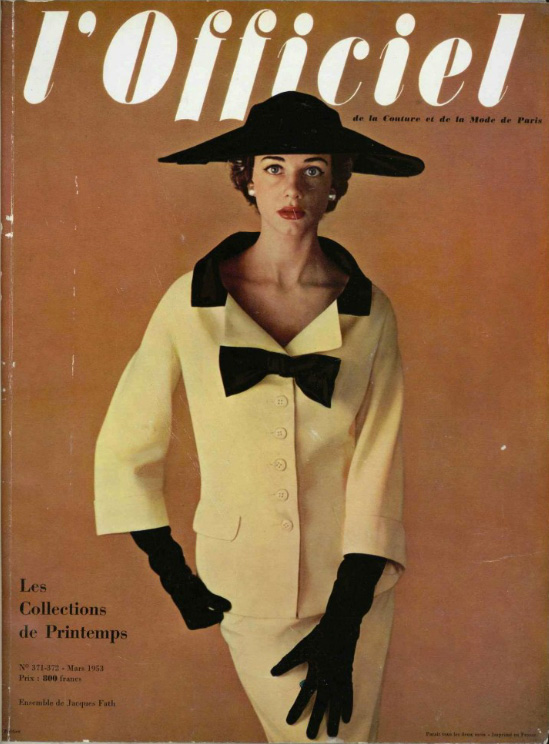 Just at a glance, without looking at the date of the issue, what year would you think this is from? If it were an American publication, I’d say around 1957. The hat is decidedly early- to mid-1950s, but the relaxed fit of the jacket and the bow would lead me to think the suit was much later. But nope, this is from March 1953. And that’s not to say that everything had a nipped waist from 1947-1953, but the style of this one and several others I found in 1952-53 seemed way ahead of their time.

A few other visual treats–the 1930s were particularly delicious in terms of cover design: 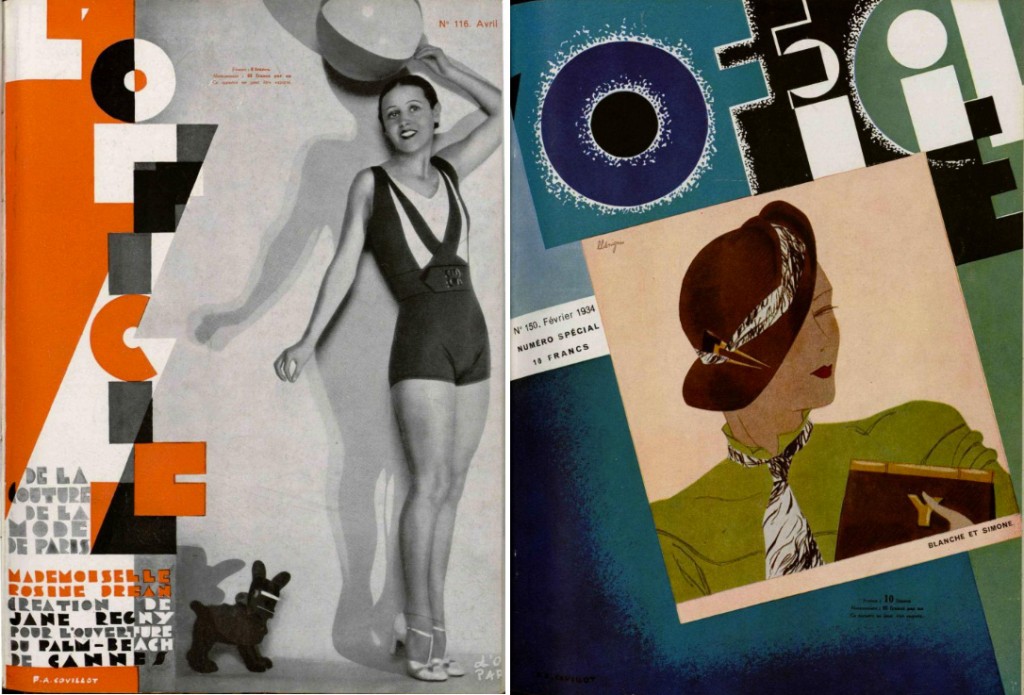 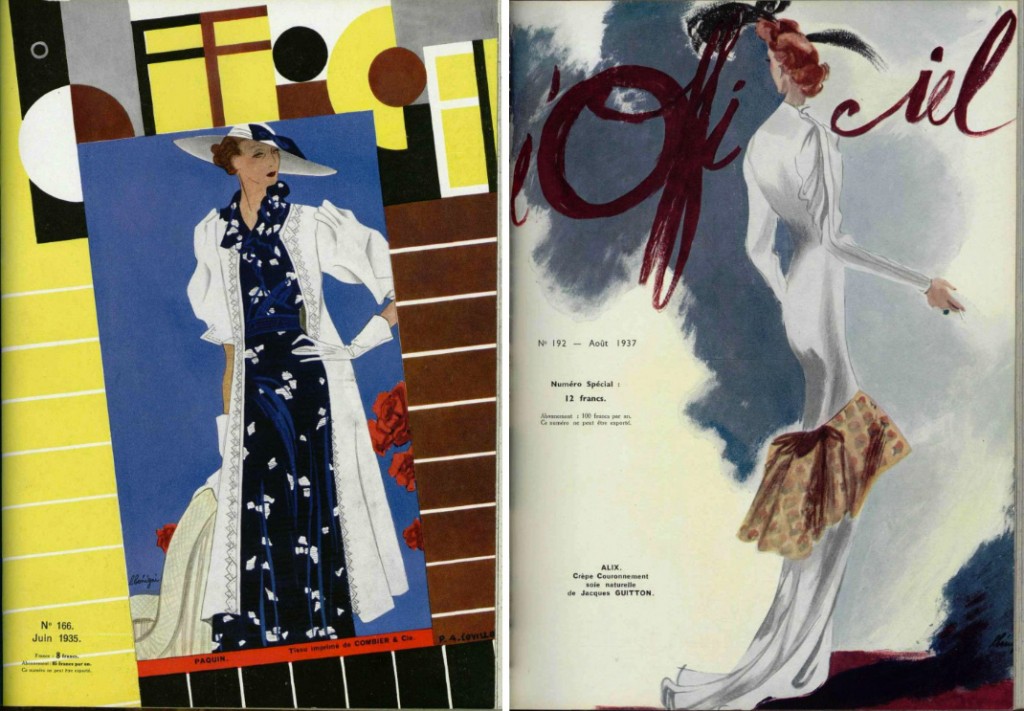 Another fabulous discovery came by way of one of my favorite vintage historians, Lizzie of The Vintage Traveler, who blogged a couple years ago about The Californian also being online. I have one real original issue of this magazine, from June 1947, and can attest to its being a treasure trove of midcentury California fashion. There were only six years’ worth of issues, but it’s definitely enough to waste a decent amount of time. Consider this spread from 1946, featuring one of my biggest designer crushes, Dorothy O’Hara: 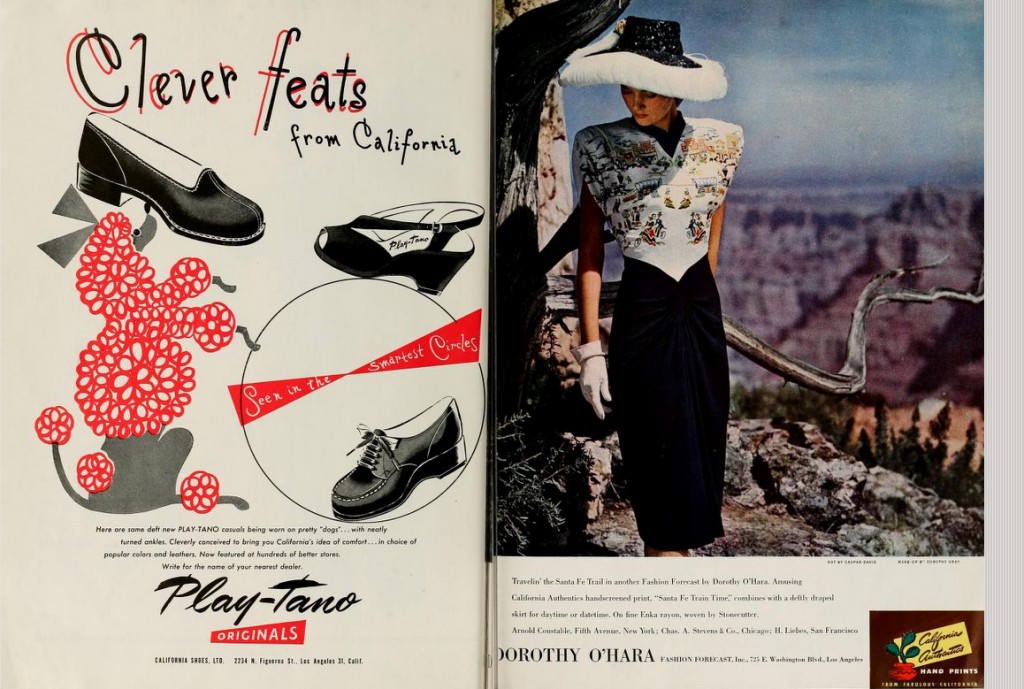 And their editorial illustration and layout game was pretty strong as well: 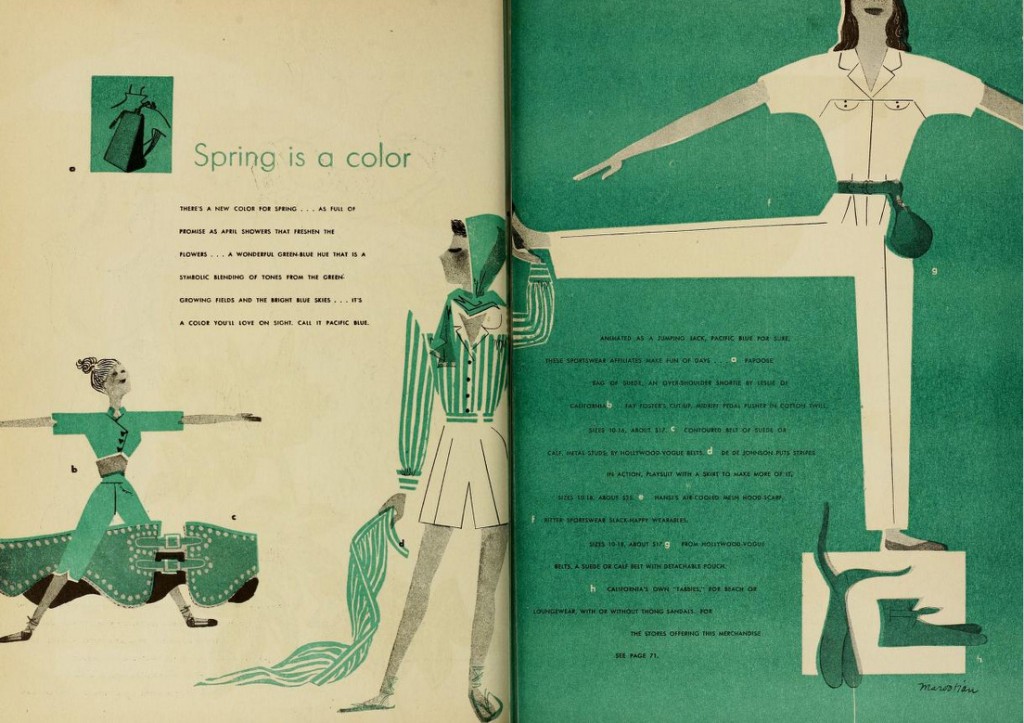 The amount of history and design and culture and fashion in these pages is something to really be savored, if you’re a California midcentury history nerd like me (or want to know how to “reduce” by eating less than 1100 calories a day – NSFW). Seriously, check it out.

Oh, and P.S.– here’s a pic of me failing to look fierce in that Dior suit I mentioned earlier. Good night, kittens, and happy hunting. 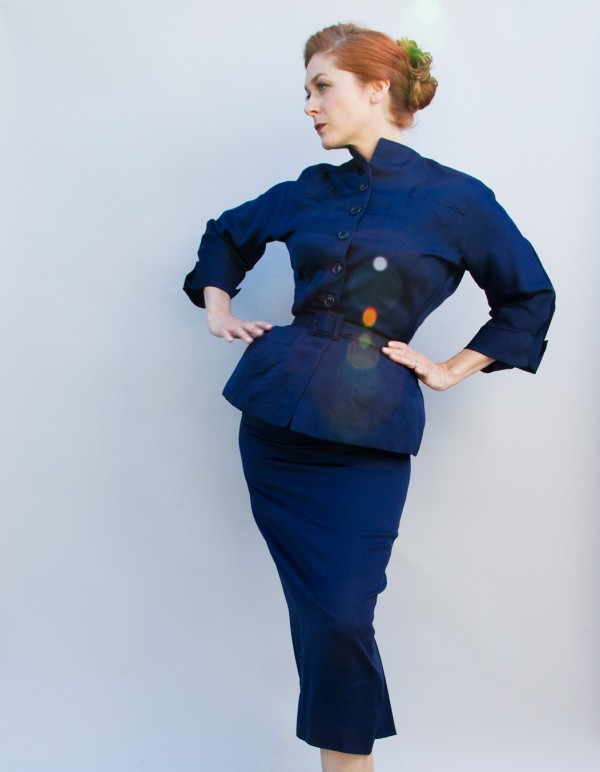