Greta Plattry was born Margarete Hutschnecker in Berlin, Germany on February 15, 1909. She married Fredrich Plattring in 1931 and had a daughter, Gabrielle, around 1934. They came to New York in February 1937, where her parents and brother Leo had been living since 1935. By 1940 she and her husband were separated, and she and Gabrielle were living in Manhattan with Leo, who at that time was an interior designer, and their parents. They divorced in 1941 and for the first time on public record she claimed “designer” instead of “housewife” as her occupation and gave her last name as Plattry. She started in 1940 selling crocheted garments like snoods, gloves, sweaters, vests, hats and halter tops, and by 1943 she was selling her goods in Saks Fifth Avenue, where a hat would sell for $3; an ascot, $5. A jeweled “head dress, for glamour nights” she’d designed appeared in Vogue in 1944, and her work was featured on the cover of Life Magazine in 1945. 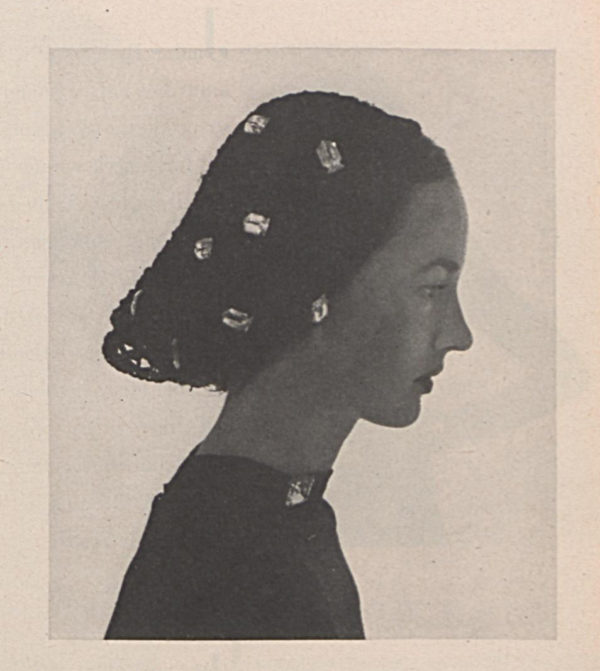 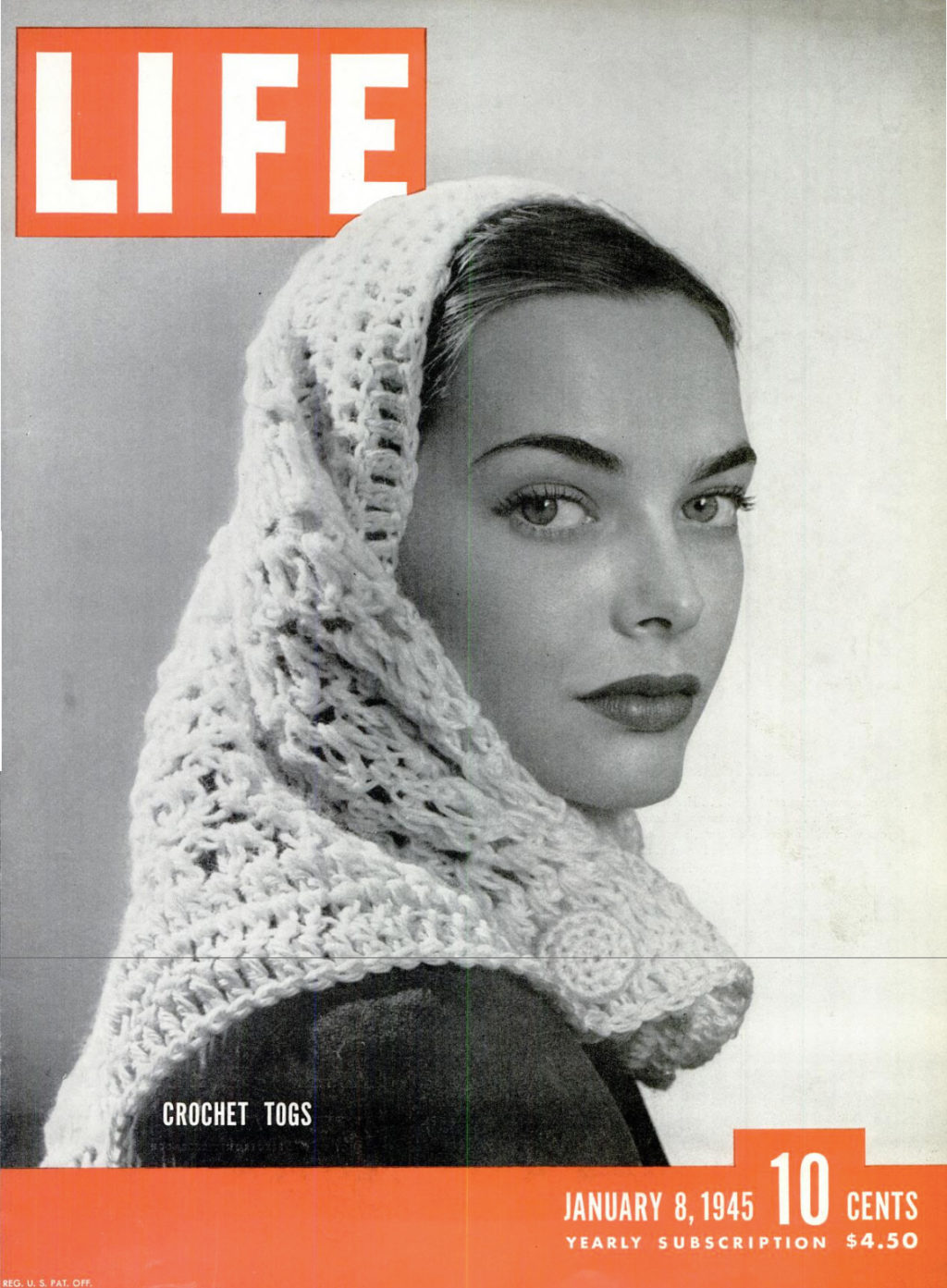 “Crocheting is a genteel art long used by housewives to turn out sedate antimacassars and bedspreads. But in 1937 a German emigree named Greta Plattry arrived in the U.S. wearing a crochet dress and crocheting reached a turning point. Miss Plattry’s dress and her crochet gloves, sweaters, scarves caused great wonderment among American women who were accustomed to knitting, not crocheting, such items. Miss Plattry decided to make a business of crocheting. In her first U.S. year she sold $300 worth of hand-crocheted mittens. Last year the sales of fancy crochet clothing from her workshop, which employs 130 women, amounted to $300,000.”

My hunch is that, like other women designers I’ve written about, Greta didn’t just “decide” to start this crochet business like this article states. She likely found herself a single mother in need of a means of support. But that’s purely speculation on my part.

The Life article gained her a significant amount of name recognition, and around 1946 she began designing non-crocheted sportswear. In the vein of Louella Ballerino, Carolyn Schnurer, and to some extent Claire McCardell, she referenced traditional dress in her modern clothing (though unlike the aforementioned, she often drew on her own heritage and experience to do so). But she didn’t just reference German dress; in 1951 her collections referenced Asian themes, her 1952 “safari separates” were inspired by a trip to Africa: 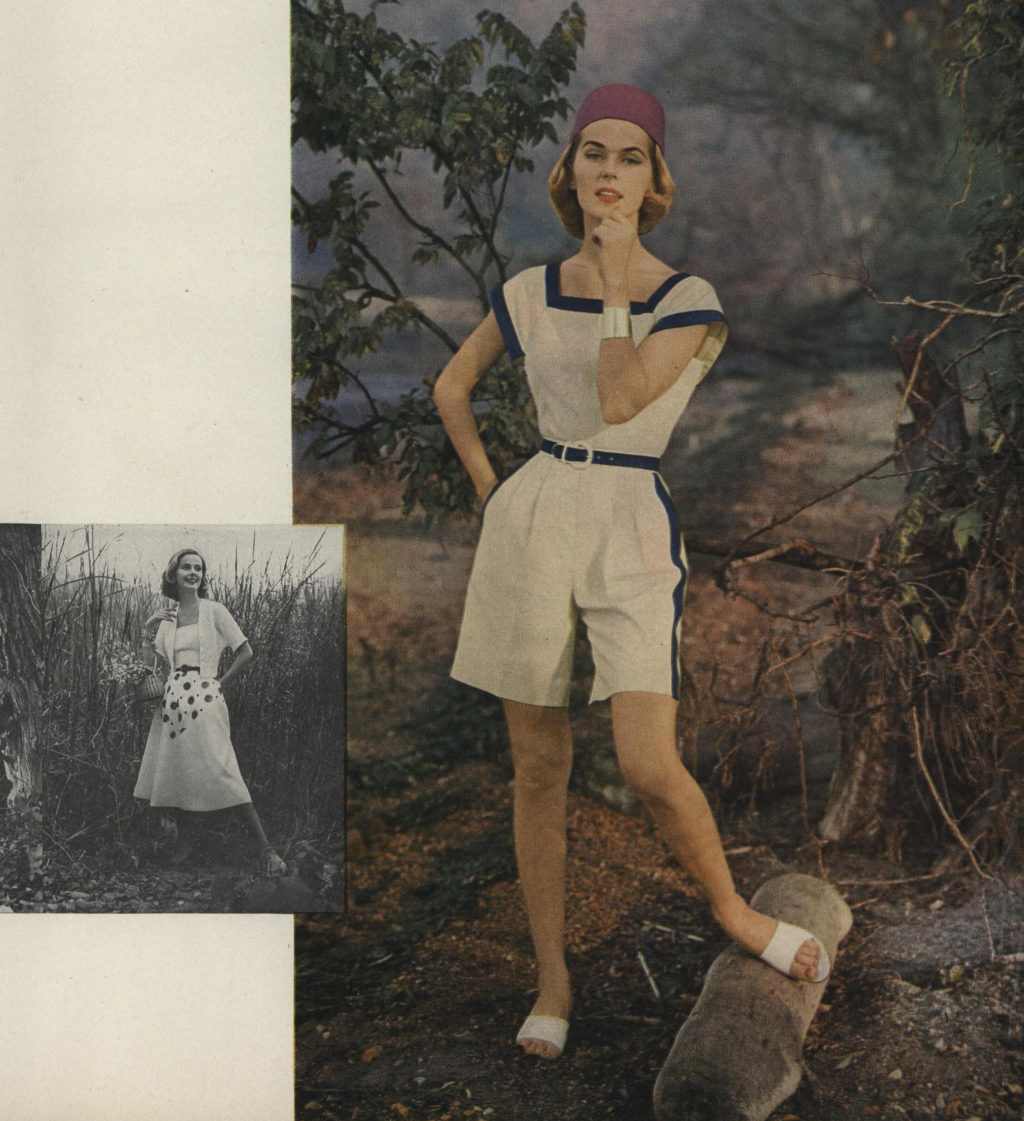 and in 1954 she created a line of clothing based on the film Brigadoon, with Scottish plaids, kilts and knee socks. She designed separates, dresses, playsuits and coordinating pieces under her own label until 1974 (some sources say 1966, but I couldn’t find any evidence of that, though I did find a “Greta Plattry for Alfred George ad from 1965), when she designed for Teal Traina. Plattry retired in the late 1970s and died in Connecticut in 2006. 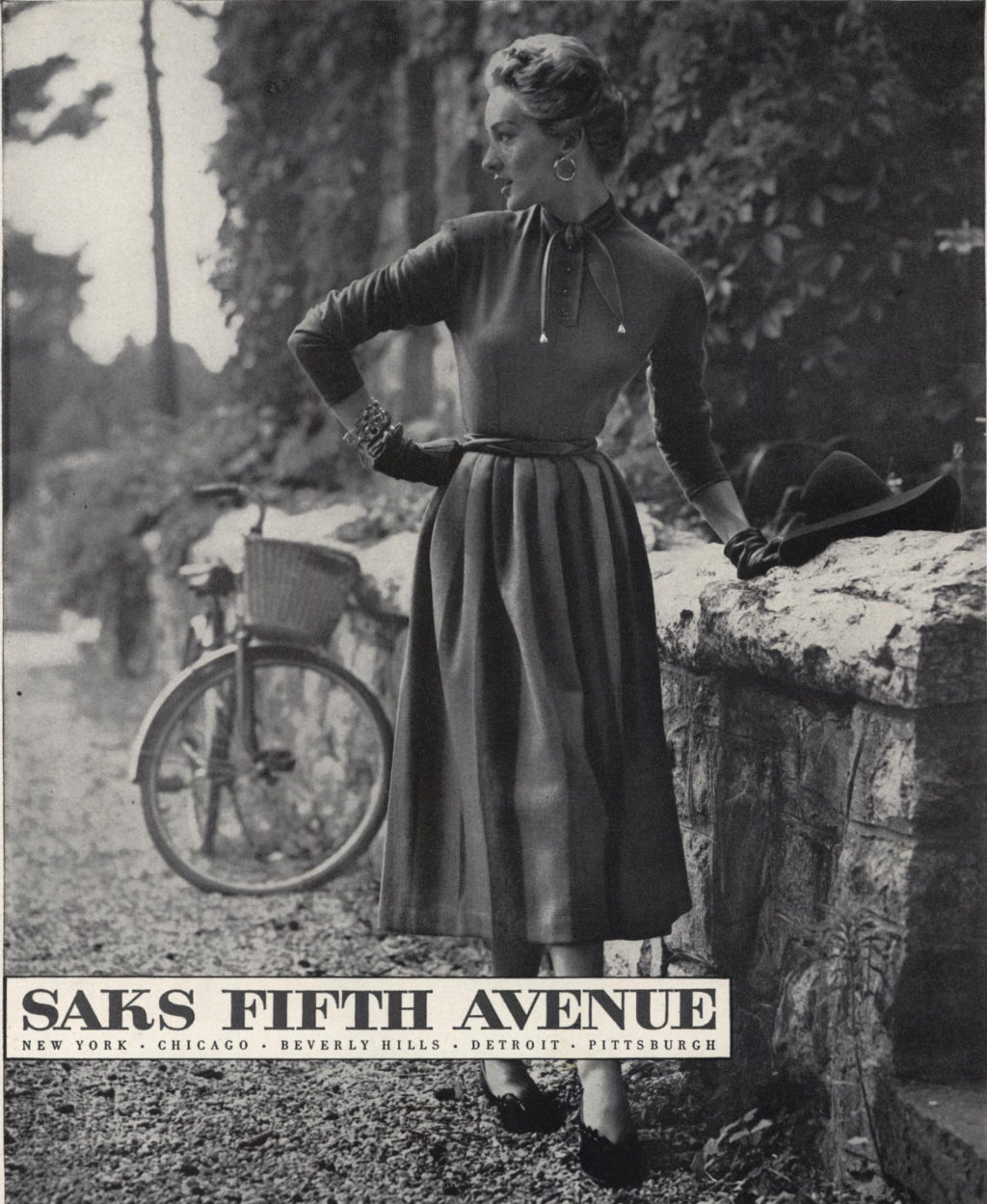